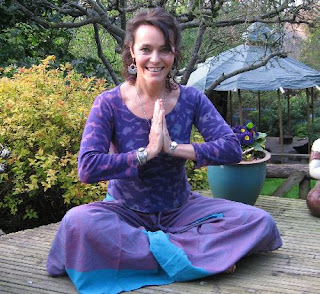 Pleiadian Council is with you to cheer you up, for we can feel the vibration of fear, doom & gloom which pervades so much of your Earth reality now. It comes to you through your news programs; through a form of indoctrination which we have spoken of often - for those who have been in power would like you to believe that this time of transition is difficult; that it is impossible for the Earth to heal Herself at this time; that there are not sufficient resources on your planet for you to survive. But this is not so!
We speak of the concept of Divine dispensation. Many Divine dispensations have been given to your planet and your people at this time. This means that we - the Star beings & the Ascended Masters and the Councils of Light and the Galactic Federation of Light - have previously not been allowed to interfere in your reality, for your reality is designed as one of free will in which you must create your own reality and you must heal yourselves. But because there has been such interference on your planet by those who would control and use you - by those who have used the resources of the Earth unwisely and who have encouraged you to believe that you are human gods who hold sway over all plant and animal and Earth kingdoms - because the interference has been to such an extent that you are in crisis now – and because at some point it was seen into your future that you would not be able to raise your consciousness as was designed within the Divine plan for Gaia at this particular time in your space-time continuum, it was agreed throughout the multiverses that assistance was needed. And this assistance came in certain forms.
First, it was decreed that the Christ Consciousness or Unity Grid be placed, be manufactured as such, around your planet. This is a consciousness grid, which essentially allows you to raise your vibration NOW into that of the One Heart; of the Universal Unity Consciousness, so that you experience yourselves as one with all others including the Star beings. This grid has been placed around your Earth in order to dissolve the negative and restrictive nets which have not allowed you to understand that you are Light beings, entirely able to move through dimensions and create your reality at will.
There are also Divine dispensations in place regarding your karma – for it is no longer deemed appropriate that you work through the karma that you have accumulated through the many many Earth lifetimes which you have experienced - lifetimes in which you held the Light and lifetimes in which the dark pervaded your soul (and there is no judgement regarding this). There is no time for you to play out these dramas now. The time you are in now is one of awakening – and awakening is the only thing that saves you now.
Awakening means that you need to let go of all of the thought transmissions that have been seeded into your individual society and global consciousness - the thought forms which cause you to be in separation, fear, anxiety, defensiveness and competition. The very thought forms and belief systems which have caused you to be at war with one another. This time of awakening is therefore one in which there have been Divine dispensations regarding your karma.
It is still true within the present time that that which you create and put out will be returned to you – this is the fundamental Law of Attraction – and this is still in place and will always be throughout the Universes. But on this other level of the karma residue from other lifetimes, it is possible for you to simply let go of these karmic contracts. It is possible for you to simply choose that the only karma, the only aspect in which karma works within your individual life has to do with what you put out now – has to do with who you choose to be now.
It is a time of breaking down, and it is a time within your personal lives in which if you do not choose to wake up; if you do not choose to take control of your own life and reality; if you do not choose to connect once again with the animal, plant and human beings on your planet, your life will be difficult. The more you are stuck in fear and in density; the more robotically you switch yourselves off from your true light selves by sitting in front of your indoctrination devices, your televisions – the more you choose this reality, the more difficult your life wil be.
For it is a time of awakening! And through awakening, through choosing to realise once again your true being-ness of Light and your connection with all other things in your world, and your ability to have and create that which you choose from your heart – it is this which saves the day, it is this which allows you to move forward with grace and ease and joy! And this is not a difficult task, is it now? To choose joy over fear; to choose freedom over bondage; to choose to move within the eternal flow of love which is the energy of the Source; Mother-Father God. This is not a chore, is it now dear humans?
And in anticipation of your Universal awakening, that we may be in communication fully with you once more, we bid you Namaste.
www.solara.org.uk/
Posted by luisa vasconcellos at 10:43 AM