Metatron on Christ-Mass And Changes Expected In The New Year 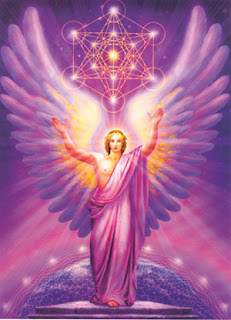 December 24, 2010
Greetings, Beings of Light! This is Lord Metatron.
It is a great Celebration remembering the Humble Birth of the Christ Child. We are all Christed Beings come here to release Earth from the stronghold of the dark Ones controlling the Many for the benefit of the Few.
This was the same story in the time of Caesar and also in Atlantis, and so many Creations before on Earth. In those times governments, financial systems, births, deaths, census, taxes, were all used as controlling mechanisms. You are seeing the Sirian Commander with his persistence, and a little help from others, such as Mother Sekhmet and St Germain, and Others, bringing forward the resolution of returning the rights to the People. The Tax Deal was struck for the relief programs so the poor could continue having relief as we await the full announcement of NESARA. Indeed relief will be needed for a few weeks more.
Consider that every injustice that has been perpetrated on the people for thousands of years MUST be undone, every stitch in the tapestry must be released and given back for new creation. How will this be accomplished? The Light Workers MUST continue to hold the high vibration of change. They MUST remain grounded in their knowing, even if it looks like it is not changing, because it IS changing! I guarantee you that.
As you cheer each other on, ending discrimination, ending war, ending hunger, you make the New Reality. There are more changes in government happening after the New Year which will be necessary to complete the Announcements. You will have to continue to hold on and overcome the aggravations of everyday mundane survival KNOWING the BIG changes are coming.
Do not lose heart at hearing we are still a few weeks away. It is imperative that you enter your impeccable spiritual state now. You will experience more false flags, more gestures flaunting nuclear capabilities. REMEMBER! The Galactic Federation has rendered ALL Nuclear Warheads on Earth inoperable now. You will hear the criminal element in Governments in the US, UK, Switzerland, Iran, Russia, China, the Koreas, India, and others, threatening more chaos. NONE of it is true. In the weeks of the early New Year the criminal element of the united States corporation will return with a vengeance against the President. You will hear things having you wondering again, if it will EVER end. I am sharing this with you now so you will know to stand fast and be true to your Mission. I am sharing this now so you will remember those calling for the assassination of PFC Manning and Julian Assange, are themselves, afraid of their own impending death. Vice President Joe Biden, then head of the Committee on Foreign Relations, was in the chain of Command ordering 911 be carried out and the massive psychological war which was waged and all the deaths which occurred. Now he has said Julian Assange is a terrorist. The next great accomplishment will be the full unraveling, in the news, of what exaclty occurred on the morning of 911 and how the dark Ones in Government in US, EU, Africa and Asia are all involved. It will be the final tearing down of the Illusion. The Vice President is afraid, so love him more. Do not be surprised when you hear of others who seem to be of the light, as they are revealed as dark Forces. These Fallen Angels have remained as immortals and continued to come to Earth to reign over Her resources and control everything upon it.
The change is enforce. There is no stopping the completed arrests, full Announcement of NESARA Law, and the Landings of your beloved Galactic family. I am asking you to remain calm in the early weeks of the New Year where it looks darkest before the dawn.
Share the good news with your loved Ones, share the news that we are all Galactics. Continue to support the Sirian Commander and do not lose Faith. Continue to support the Ones out in the Front Lines making this change possible. Know that everything is in place to make the eminent changes possible. It IS necessary to carry back, from inside the matrix, from the Mother Element, all Creation, back to Source. Everything is happening in a sequential flow. In the past we have never been able to separate Earth from duality and it is possible now. Only through diligent effort of walking back the Elements themselves, of air, water, earth and fire, through government, in a peaceful manner, do we turn the key in the lock unfolding New Creation. There is no other way. This is the baptism of fire, forging the Gold, the transmuted Gold, which makes the coded patterns of New Creation from the Antimatter Universe possible to gain mass and anchor in to the physical Earth now. THAT is what is missing. Your reunions you desire are being anchored in to the physical and it will bring the changes to Earth and all on Her will know endless abundant creation with worldwide Peace and Freedom for All.
Join with your loved Ones in this Holiday Season. Feel Light. Share your Love. Be Compassion. Do all you can to stretch and Be A Better You Each Day. I am surrounded by the Angels and Archangels singing your praises for your gallant, never wavering, holding of the Light in the darkness. You are There Now. Allow it to unfold right before your eyes. Nothing, nothing can stop you now form having Truth, Peace, Love, Freedom, Justice and Beauty, though Great Mother. And So Mote It Be. This is Lord Metatron.
Through Beth Trutwin 12/24/10
www.GalacticRoundTable.com
Posted by luisa vasconcellos at 1:18 PM