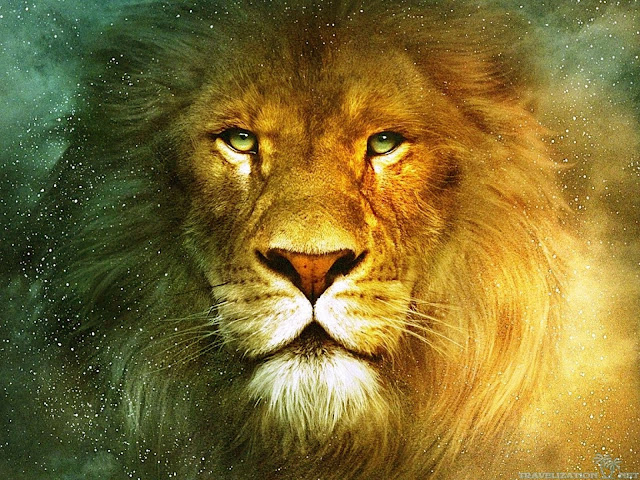 Beloved Family of Light, in this month of December you are integrating and balancing the powerful completion energies of the wave of Quantum Cosmic Light that was initiated in August at the 8:8:8 and descended through the Lion's Gate. This energy has been amplified and integrated over the last months, and now December will allow you to adjust and prepare for the great events coming in 2016.
The key word for this moment of "Now" is "Transformation". The Galactic Codes are bringing you into a unified Time Line where all Earth Realities are preparing for the great Transformation that will align you with the future Earth of Harmony and Peace.

We ask you to imagine yourself as Masters of Time, holding Past and Future in your Intentional Reality as you manifest in the "Now", the infinite present that is your Divine Heart. From this perspective, you are the Master of your Timeline(s), and you hold the Future and the Past in perfect balance. From your Divine Sacred Heart you are weaving the Time/Space energies into the New Earth.

That Future is Real! It is aligned with Divine Will, and it demands Transformation on Earth now!

Beloved Family of Light, between the 12:12 and 12:19 (12th December and 19th December), you will be integrating and preparing for the powerful Galactic energies that will flow to Earth from the Galactic Center through the Southern Planetary Portal over Antarctica.

The 12:12 Portal allows for an acceleration of frequency and an influx of Golden Light to prepare the Earth and all her inhabitants for the powerful vortices of energy to come.

The 12:19, on the 19th of December, represents the perfect alignment of the Galactic Center and the Sun at 27 degrees of the constellation of Sagittarius in traditional astrology. In 13 Sign astrology, the Sun has been in Ophiucus or Asclepius, the sign of Christ the Healer, and this has been acting as an engine of power that brings the Earth into alignment with the Galactic Center and the Great Central Sun. At this moment, there is a direct "transmission" of Light Codes from the Galactic Council, transmitting the patterns and sounds of the Cosmic Heart to our Earth. These will again accelerate Evolution and Transformation. These will be received via the Southern Portal in Antarctica, and will be transmitted to Humanity via the Earth Grid Node points in New Zealand, Australia, South Africa, Argentina and Chile. Very rapidly they will be transmitted around the Earth, bringin the message of transformation!

Then, Beloved Ones, a few days later, on the night of the 21st and 22nd December, you will experience the Planetary Solstice. This represents the moment when the Earth seems to stand still on its own axis, before it begins its return journey around the sun allowing for the change of the seasons. In the South it is Summer Solstice, and has the longest day and the shortest night. It is a Celebration of Light and Creativity and Life. In the Northern lands it is the Winter Solstice, and here it is the shortest day and the longest night of the year. This represents the rebirthing of the Light as the days begin to become longer in the journey towards summer.

Solstice is always a moment when Balance is necessary, and everything that is out of Balance is felt very intensely. We ask that you focus on Inner Balance at this time, for this will assist you to bring balance to your environment. Your personal "energy signature" can be a factor in bringing balance to those around you, if your focus on Peace and Harmony is held, and is amplifies in your Heart.

On the 25th of December, there will be a Full Moon on what is, in Christian Tradition, Christmas Day, the birthday of Christ. We would call this the Birth of Christ Consciousness, which was brought to the Earth 2000 years ago by the Avatars Yeshua and Mary Magdalene. This year the Full Moon will amplify the Golden Energy of the Holy Grail as the balanced Divine Masculine and Feminine transmit their Golden Light to Planet Earth. We ask you to celebrate the descent of Light to the Earth and the potential for Higher Consciousness that was grounded and anchored on your Earth by Yeshua and Mary Magdalene.

Now, we add to this "mix" of energies, Comet Catalina that passed by your Sun in mid November and has now just passed Venus, the planet of the Feminine energies. The comet is now making its way into interstellar space. It is highly visible in your skies right now, and it also will not return again. It is a one time visitor, a messenger of Great Cosmic change, and it will carry the message of the ascension of Earth and Humanity into the farthest reaches of the Cosmos in its Journey.

Comets are always signifiers of Great Change on Earth. And, this Comet's name, Catalina, also signifies a connection with the Christ Light. The Cathars, the followers of the Magdalene a thousand years ago, were called the "Pure Ones", and the name "Cathar" means pure one. Catalina is a version of Catherine in Spanish, which derives from Cathar. It indicates that the comet brings the good news of the Return of the Divine Feminine through the Magdalene and the return of the "Pure Ones", as prophecied by the last of the Cathars. What was cut back, springs forth again, and the Golden Light and the Diamond Light are infusing Earth with a new energy of Transformation. The Grail Codes are activated and the Physical Body is ready to become the true vehicle or chalice for the Divine Light.

And, just to amplify the energy of transformation further, the Full Moon on the 25th of December will be in Cancer when the Sun is in Capricorn, which is being activated strongly by Pluto, another agent of Transformation in the Solar System. The Full Moon itself is in Cancer, bringing the full power of the Divine Feminine to shine on Earth beside the Divine Masculine of Yeshua.

Yes indeed, Beloveds, it is a time to Celebrate!

Towards 2016 and Stabilizing your Inner and Outer Reality

Beloved Ones, as you are aware, the Earth has shifted into what we call the Fifth Dimension of Oneness Consciousness, leaving her previous anchor in the Third Dimension. This has created great confusion and chaos, simply because the "support" structures are still in flux and being established on higher frequencies.
When you were anchored in the Third Dimensions, you were supported by Time (4D) and Emotional and Mental structures that "grounded" you into life on Earth. These were familiar energies to you, even if you felt they became "prisons" of manipulation towards the end of this cycle.

Now, in the Fifth Dimensions, you are supported by Time (as Fourth Dimensional Time Masters) and by the Sixth Dimension (the Archetypal and Creative Imagination).

Many of you are lifting your consciousness so that you can be Wayshowers into higher levels of awareness, and stabilizers of the Fifth Dimensional Grids.

Because so few people are aware of how to Master Time and Time Lines, and "Time Travel", the Timelines on Earth are spinning in chaotic circles so that it appears that "old" issues are returning once again in new forms. They have nowhere to go as people are confused and do not know how to "lift" a timeline to the next level of the spiral at the appropriate time.

This can be a positive thing, Beloveds, as there are many timelines that need to closed and shut down and ended completely before the New Earth can be fully activated and manifested.

The way to support the New Earth Timelines is to be able to access the Sixth Dimension and to create the Dream of the New Earth into a powerful Story that will carry Earth forward into her future destiny! The Earth is ready! She simply awaits the stories that you, as Masters of Time, will weave in the sixth dimension of Imagination and Archetype to carry her forward.

So, Belovers, in 2016 the energy will be that of Major Transformation on all levels of society on Earth. Your Soul Missions will keep pushing you to engage the Creative Imagination, and to dream and tell stories, paint pictures, create music and dance, that will stabilize the spinning timelines and align Earth with her destiny as a Planetary Star of Diamond Light!

We wish you peace and joy in this last part of the year 2015 and we look forward to working with you further in 2016!

If you would like to learn more about the incoming Light Codes and the Diamond Light Codes and how they relate to Conscious Evolution and the Light Body, you can explore the new book by Celia Fenn called "The Diamond Codes: Light Information for the New Reality".

Click here to read more about the Diamond Codes Book