The Pleiadians through Kris Won 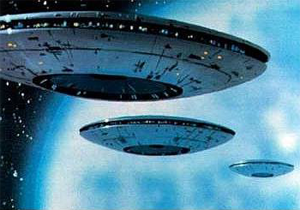 DUTCH
ENGLISH
FRENCH
HELLENIC
SPANISH
Blessed be those who believe without having any sort of proof.

The enemy hordes of the Light will fall like lions gone mad over those valient ones who have stepped out of the Matrix and who will vehemently face them, in a attempt to accelerate the final process towards the wonderful destiny that awaits the humanity of this planet.

But these brave Light Workers, the Warriors of the Spirit of this transition stage, are not people who are easily intimidated. They will place all their courage and firm determination on battling the coward forces of the dark, who do not want to relinquish their control of the population that they have held until now.

Their courage and determination is such that, we personally believe they will succeed with their objective of freeing the current human race, with or without our intervention -- even though some of our Gallactic Allies do not agree with our appraisal of the situation and still think that our help to the indigenous Light Workers of your race is pertinent, and even necessary, for the success of your Ascension.

Sometimes it is a question of nuances.  Perhaps it depends on the results you are getting along the way in this important period of snatching the power away from your corrupt leaders and other characters who have surrounded themselves with an immense dark economic empire by deceiving your governments, your administrative entities, your employees and the human being in general.

Sad is the end that awaits these conceited, hungry-for-power characters, who selfishly failed to utilize their economic power that God has placed in their hands to diminish the suffering of the beings who are suffering.

In their ignorance, they believe that they own those riches, when, in truth, they have only been temporary custodians of that abundance which should be used to help unfold God's Plan on Earth, not exclusively to enrich their inflated accounts.

We are your Pleiadian brethren, and we would like to let you know through this channel about our brotherly commitment to you, and of our promise that you will be assisted in any way it should be necessary, should it be the case you did not succeed in one of your skirmishes with the retrograde forces that have ruled the world until now.

We are monitoring daily each of their movements, as well as the movements of those who slither their miseries and drag their blindness with ambition, avarice and selfishness unheard of within a thinking race such as yours.

Truly, if we deem ourselves forced to intervene, we are ready to do it in a fast and effective way, attacking forcefully the weak points we know about the enemies you have amongst yourselves.

But we must do it in a way that doesn't go against our Gallactic commitment to non-intervention in a massive and militarized way against your corrupt leaders; for their free will must be respected and complied with because it is part of your ife style and your agreements as a human race before the embodiment of your Monads on this planet that all of you inhabit now.

We are many extraterrestrial civilizations protecting you and keeping vigil over your safety, so as not to allow those dark characters to continue taking over all the natural resources for their own benefit, and keeping you in a state of quasi-slavery and permanent servitude.

Their selfish and dark deeds astound us, and are even dreadful to the most developed civilizations who accompany you in these transition times, and who are of vital importance to achieve your most awaited Ascension.

Do not fear, have no doubts or suspitions because even if things got worse during this final skirmish between the light and the dark, we would not allow the darks ones to get away with their plans. Their political, social and economic reign is on the brink of collapsing, and what is sad is that although they know it, they stubornly continue to try and hold on to their power over all the terrestrial human race.

Receive our fraternal hug and our reasserted commitment to our alliance with your forces to reinstate the wellbeing and happiness that you deserve to have, because it is your legacy and your right as the Children of God that you are.